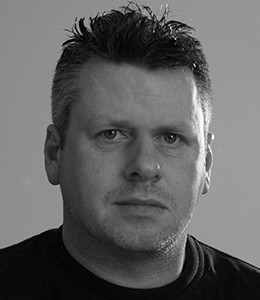 Mark has worked on film and television productions for more than 20 years in a variety of positions, including focus puller, camera operator and camera assistant. His film credits include “King Arthur,” “Tailor of Panama” and the Academy Award-winning short film “Six Shooter.” He has co-directed two documentary films with Rob Dennis: “Beyond the Wall,” which they also produced, and “Under the Hood.”